The first-ever quantitative evaluation of the contribution of no-take Marine Protected Areas (MPAs) to the conservation of tropical tunas in the western and central Pacific Ocean (WCPO) has been published in Frontiers in Marine Science.

Marine Protected Areas have been established by many countries in the Pacific and have been targeted at a range of different conservation issues, but at least one significant argument for their establishment has often been that they would have a positive impact on the regional tuna stock. This study demonstrates that, at least for tuna, MPAs may not be a particularly effective management tool.

Co-authored by staff of the Pacific Community (SPC) and the Kiribati Ministry of Fisheries and Marine Resources Development (MFMRD), the paper found that one such MPA, the Phoenix Islands Protected Area (PIPA), a 400,000 km2 no-take MPA in the central Pacific (see Figure) implemented by the Government of Kiribati since 2015, was having a negligible impact on the conservation of skipjack and bigeye tuna in the WCPO.

The lead author of the study, Dr John Hampton Chief Scientist at SPC’s Fisheries, Aquaculture and Marine Ecosystems Division, said “Tropical tunas such as skipjack and bigeye tuna have a wide distribution in tropical and sub-tropical waters of the Pacific, and are capable of spawning anywhere where the water temperature is greater than about 25°C. Their larvae drift in the surface water currents, and as they grow they are able to move widely through the region. So closing off one part of the area tends not to offer much if any protection to species like this.” In addition, “What we tend to see when areas like the PIPA are closed is that the vessels that would have fished there simply move their activities to adjacent areas, which again limits their conservation effectiveness, at least for tuna.” he said.

Co-author Kaon Tiamere Acting Director, Licensing and Compliance Division at the Kiribati Ministry of Fisheries and Marine Resources Development noted that “Kiribati MFMRD has been concerned that, over the past eight years, the PIPA closure has been negatively impacting Kiribati foreign tuna vessel licence fee revenue which is a critical source of income for Kiribati. These losses are difficult to justify if, as these new analyses suggest, there is little tuna conservation benefit resulting from the PIPA. The Government has decided to re-open the PIPA to tuna fishing from January 2023, and that decision is supported by the results of this work.”

The study also analysed the likely tuna conservation efficacy of several much larger hypothetical MPAs, each constituting around 33% of the WCPO ocean area. While these larger areas may have a slightly greater impact on tuna stock conservation than the PIPA, and may also be targeted at a much broader range of conservation outcomes, the study concluded that they were unlikely to be effective frontline fisheries management tools for tropical tunas.

Paper co-author Dr Simon Nicol, Principal Fisheries Scientist (Fisheries & Ecosystem Monitoring & Analysis) at SPC explained that “large MPAs like these may provide benefits where fisheries exploit fairly sedentary species and impact habitats but provide only modest contributions to conserving stock-wide abundance of tuna. Additionally, they can disrupt benefits to Pacific Island countries with processing and service industries, whose competitive advantage relies on their proximity to fishing grounds for the vessels that supply their canneries or use their transhipment and service facilities”.

Dr Hampton noted that “Many countries in the Pacific region have implemented MPAs motivated in part by perceptions of how they would positively impact tuna stocks. This study shows that some of these perceptions were probably overly optimistic. We encourage evaluations like this one, based on the best scientific information on the biology of the stocks and fisheries concerned, be undertaken prior to MPAs being implemented.” 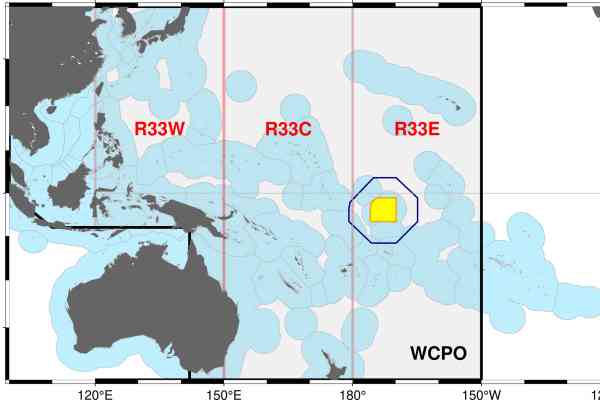