Violence against women and girls is the most pervasive violation of human rights in the Pacific. Studies show up to 60% per cent of women and girls have experienced violence at the hands of partners or family members.

Now, as part of its regional judicial strengthening programme, RRRT has been working with Pacific Island governments to fully implement this legislation to ensure that it provides meaningful and effective rights and remedies for survivors of violence. This work includes the delivery of tailor-made training to justice service providers (magistrates, lawyers and police prosecutors) around the Pacific.

To date, RRRT has been working with Police Prosecutors in the Federated States of Micronesia (FSM), the Republic of the Marshall Islands (RMI), the Solomon Islands, and Vanuatu to equip them with the knowledge and skills needed to carry out their roles and responsibilities under the legislation of their respective countries.

RRRT’s goal is that as a result of training Police Prosecutors become more aware of their roles and responsibilities as set out under the nation’s Family Protection Act.

“On-going support to justice service providers to better understand their roles under Family Protection and Domestic Violence Legislation is a core part of SPC RRRT’s work on the elimination of violence against women and girls. Police Prosecutors provide an important service in the justice continuum to ensure that the pursuit of effective remedies for victims of domestic violence can be realised through the services they provide,” explains RRRT Senior Human Rights Advisor, Albert Seluka who facilitates the training.

Inspector Smith Obed, a participant at the training held in Vanuatu in March 2019, explained that although the Family Protection Act has been in place for years it has not been fully implemented due to lack of knowledge on the role of Police Prosecutors under the Act. “With this training, we learnt so many new things and it strengthened and equipped us in what to do. For instance, to have a common understanding of the “No Drop Policy”, not to be influenced by custom reconciliation and to have a system or mechanism in place to prioritise domestic violence cases,” he said.

Another Ni-Vanuatu participant, Gloria Charley said the training added to her knowledge of her duties under the Family Protection Act when assisting and dealing with cases of domestic violence. The training has empowered her to advocate to service providers of domestic violence, such as the Police, to fully investigate the issue at hand, rather than playing a mediator role. The training also increased her understanding of the differences between the various Protection Orders set out in the legislation.

While increased knowledge is one goal of the training it also seeks to change harmful attitudes of Police Prosecutors when dealing with cases of domestic violence. During her opening remarks at the Vanuatu training, the Director  General of the Vanuatu Ministry of Justice and Community Services, Dorosday Kenneth called on Police Prosecutors to believe in the cause legislated under the Family Protection Act

Similar sentiments were expressed at the training of Police Prosecutors in the Solomon Islands. Then RRRT Acting Director, Nicol Cave said, “from a human rights lens, combating family violence means also addressing the barriers that confront victims of family violence when they engage with the justice service providers that offer remedies for their protection”.

These service providers that Ms Cave refers to include Police Prosecutors, and Police Officers who are sometimes charged with investigating cases.

Under the Pohnpei Chief of Police, Mr Hermis Edmund, a domestic violence unit has been established to monitor and investigate domestic violence cases reported to the Police. Altogether there are 79 Public Safety Officers who have this authority under the law. However, “as in the rest of the Pacific, people (including the Police), often feel that what is happening in people’s homes is no-one else’s business so training is key to changing this attitude,” Mr Edmund said.

Throughout the Pacific harmful myths and beliefs about domestic violence prevail. Myths that mean that a victims pleas go unanswered. Myths that lead to re-victimisation. Myths perpetuated in all parts of society.

Speaking at the Police Prosecutors training in RMI Minister for Justice, Jack J. Adding said, “if we were to really understand domestic violence, we will know that it goes against our culture and our faith.”

It is sentiments such as these that drive the contribution of RRRT to the ending of violence against women and girls. In the next months, similar training is planned  for Kiribati, Tuvalu, and Nauru. 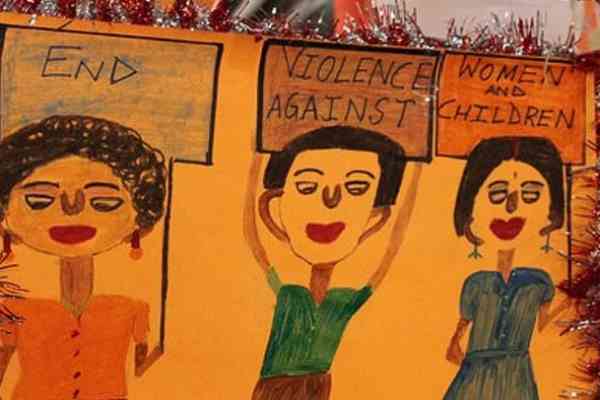