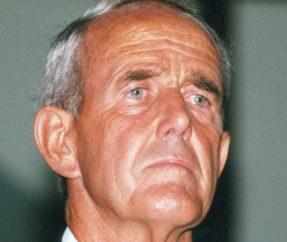 Robert B. Dun was born in Kempsey, New South Wales, Australia, in February 1930. He studied veterinary science at the University of Sydney, gaining a PhD in development genetics in 1959.

Dr Dun spent the early part of his career as a veterinarian, geneticist and animal breeding researcher. In 1953 he began working for the Department of Agriculture in New South Wales where he progressively shifted from science into management, becoming Deputy Director-General of the department in 1977. He joined the Australian International Development Assistance Bureau in Canberra in 1983 and was its Director-General for 10 years.

At SPC, Bob Dun is remembered as a hard worker, good listener, strategic thinker and pragmatic manager who lost no time in instigating administrative and financial reform of the organisation. One year after being appointed as Secretary-General, he and his two deputies were nominated People of the Year by Islands Business magazine in acknowledgement of their success in revitalising SPC. Under his direction, management skills, accountability and leadership were set as essential criteria for staff recruitment, and relationships with donors, members and host countries were strengthened.

An accomplished athlete and keen promoter of physical activity, he launched the annual SPC triathlon as part of the 50th anniversary celebrations in 1997 and encouraged all staff to take part. An equally popular twin event in Suva was called the mini Olympics.

Bob Dun retired after he left SPC in 2000. Early in 2007, he was invited to be a member of the Regional Institutional Framework (RIF) Task Force, which was led by another former SPC Director-General, Lourdes Pangelinan.

When Dr Dun visited SPC shortly before its 60th anniversary, he spoke of his time at the helm of SPC, saying, “I am still very proud to have been part of the Pacific way. It was a humbling experience to witness Pacific Island leaders working together and to listen to the wisdom that came from our governing body councils.”