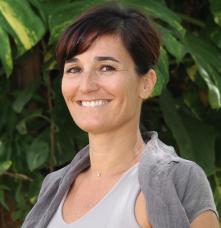 Peggy joined SPC in September 2016 to co-ordinate INTEGRE and she is today the PROTEGE Project Manager. Prior to that she had worked at the Regional Co-operation and External Relations Department under the Office of the President of the New Caledonian Government from 2016 to 2017, where she was in charge of co-operation and New Caledonia’s regional integration with the countries of the Pacific, specifically handling New Caledonia’s relations with the European Union.  Her duties included acting as the EDF Authorising Officer, managing EU-funded projects in New Caledonia in various areas ranging from research and innovation to employment and training as well as the environment and natural resources.  She had previously been with the New Caledonia Economic Observatory after starting her career as a consultant with a Paris-based consultancy firm.  She was trained in political science and international relations, earning a magister from Sorbonne University (Paris I) and was also awarded master’s degrees in geography and history.