For over two decades, The Pacifi c Community (SPC) has contributed to maintaining food security in the region through our Centre for Pacifi c Crops and Trees (CePaCT). CePaCT houses over 2000 varieties of the Pacific’s main staples – banana, breadfruit, cassava, swamp taro, taro and yams. It holds the largest taro collection in the world, predominantly comprised of Asian and Pacific heritage.

Since 2012, CePaCT has distributed over 70,000 tissue culture-derived plantlets to 51 countries, including 22 Pacifi c Island
countries and territories to conserve and utilise the Pacific region’s genetic resources, including providing growers with access
to both traditional and improved crops selected for desirable characteristics.

When Samoa’s main staple and export crop, taro, was wiped out due an outbreak of Taro Leaf Blight (TLB) in 1993, it ‘was somewhat a blessing in disguise, as it was out of this food crisis situation that the vision of CePaCT was born, thanks to the foresight of SPC and the tremendous support of its member countries’, said Director of SPC’s Land Resources Division, Mr Jan Helsen.

In 2001, in response to the Samoa crisis and with the support of several partners, CePaCT established its Taro Breeding Programme. By including new taro genes brought in from Asia and other Pacifi c countries, the Centre used biotechnology to breed new taro breeds resistant to TLB.

’Twenty-four years after the Samoa TLB crisis, 21 years after the birth of CePaCT, and 16 years of the Taro Breeding Programme, Samoa’s taro industry and favourite staple has not only fully recovered but is now gaining momentum in captivating the export market once again’, Mr Helsen said, who attributes this to the new lines of taro developed through the programme.

Through cultivation at SPC’s state of the art crop gene bank located in Fiji, these new breeds of taro have now made their way
to all corners of the globe – Africa, Europe, Asia, South America and the Caribbean – helping these regions to also manage the
TLB disease.

CePaCT has eff ectively used biotechnology for the conservation of vital food species in the region. It now also has the capacity to test for crop viruses, thus ensuring that the Centre distributes only virus-free materials. Currently the Centre is able to carry out virus indexing of fi ve main crops: bele, banana, sweet potato, taro and yam. Following Cyclone Winston in Fiji and Cyclone Pam in Vanuatu, CePaCT supported response efforts by distributing seedlings to the affected communities.

As a result of the Centre’s activities, SPC is at the forefront of ensuring that member countries’ main staples are conserved safely, and that they and other countries around the world will have access to crop diversity for years to come.

Stories from the Pacific Community 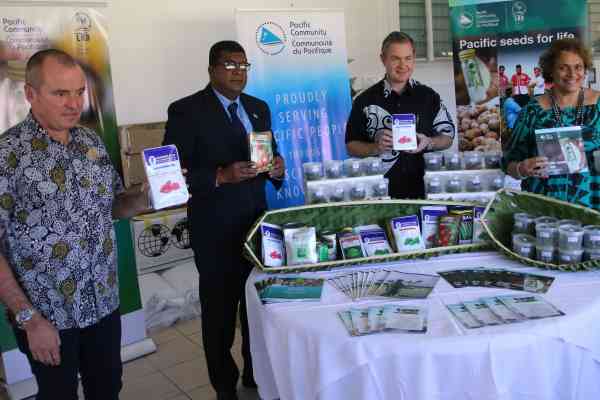 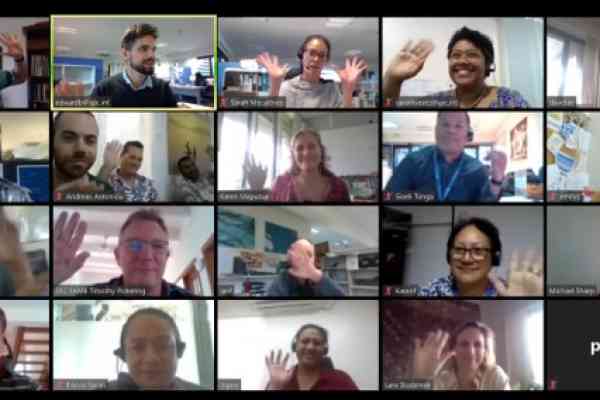 Supporting a more integrated approach to disaster management in the Pacific