Tackling infectious diseases and antimicrobial resistance through One Health

Public health is everyone’s health. It involves not just the human health system but also the health of our animals and our ecosystem.

Around 75 per cent of newly identified infectious diseases originated in animals and then evolved to become risks for humans. These threats to public health therefore need an integrated approach that brings together people from ministries of health, agricultural, biosecurity, etc. and the private sector.

Dr Tereapii Uka, Director of Community Health Services, Cook Islands Ministry of Health, stressed that if One Health is to work, people from all levels need to receive information.

“One Health is human health, animal health and the health of our natural systems. There should be collaboration in terms of sharing information across the board ‒ among other stakeholders, among government agencies, among other Pacific Island countries and even at the village level in communities,” he explained.

"At the meeting, we looked at how we can use a One Health approach to understand and deal with huge issues such as antimicrobial resistance (AMR) and influenza threats, both at country and regional level,” said Dr Paula Vivili, Director of the Public Health Division at the Pacific Community (SPC).

The meeting agreed that antimicrobial resistance should be considered a priority area for all six PPHSN services: EpiNet, LabNet, PacNet, PICNet, SHIP/DDM and the Pacific Syndromic Surveillance System.

The Pacific Public Health Surveillance Network (PPHSN), a voluntary network of countries and organisations, is dedicated to promoting public health and improving surveillance for disease and response to health emergencies in the Pacific region.

The theme of this year’s PPHSN meeting was “Linking-up the initiatives, scaling-up the actions”. 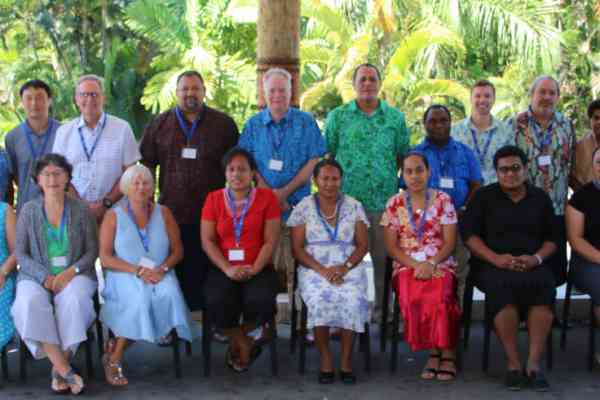