When COVID-19 forced the world into a lockdown this year, workplaces across the world were forced to adjust to new ways of operating or doing business. Many were forced to shut down, temporarily or permanently. But in the face of the harsh realities of COVID-19, we have also witnessed incredible resilience across the Pacific region.

Reflecting on 2020, the Tonga National Centre for Women and Children (TNCWC) has achieved a great deal in its ‘pivot’ to providing fully on-line services, while continuing to expand access to services for survivors.

“TNCWC feared the minimal awareness of its service adaptation as this would have led to limited access for victims of violence to appropriate and safe services due to national restrictions of COVID-19. But TNCWC was able to smoothly adapt its services in the context of COVID-19. For example, face-to-face counselling and direct visits were adapted to telephone counselling and telephone referrals,” says Fuiva Kavaliku, Director for TNCWC.

“TNCWC is grateful that through the assistance from the Pacific Community (SPC), awareness of its service adaptation was boosted through media in the form of radio announcements and radio jingles. This led to an increase of client intake within three months.”

Mrs Kavaliku said another significant impact they had noticed was that the communities they worked with were now better informed and aware of human rights. “In Phase 2 of project implementation, TNCWC has been approached by many workshop participants and has received various comments and statements by primary beneficiaries of much more clearer understanding and knowledge of human rights. Rather than seeing it as a foreign concept to the Tongan culture and traditions, they now accept that it has been part of Tongan traditions through its Constitution since 1875, way before the Universal Declaration of Human Rights (UDHR) in 1948,” she said.

She said people also now displayed a more positive attitude to the topic of human rights and domestic violence. “People have come to realise their rights and now have the courage to voice their concerns and raise issues on human rights.”

The Director of the Centre believes that TNCWC’s efforts in contextualising human rights, training content and similar concepts to local culture, tradition and beliefs has been key in bringing about this change. “We have learned that it is important to conduct research into contents that are not familiar to the Tongan context along with cultures, traditions and beliefs in order to best adapt training material to allow for communal acceptance of such content. For example, I had to look into the Constitution of Tonga, the strong culture, beliefs and traditions of the country and tried make a connection to human rights. This allowed for workshop participants to better understand the content being delivered and accept it,” she said.

“If it is not contextualised and adapted to connect with a country’s culture or traditions, it will be a struggle trying to yield positive attitude or acceptance.”

TNCWC’s vision is to develop and promote a peaceful, safe and inclusive community in which the women and children of Tonga can live a healthy and happy life free of all forms of violence.

***This article is the first in a series that reflects on the challenges and accomplishments of partner organisations of the Human Rights and Social Development (HRSD) division in the work to eliminate gender-based violence. The series is an initiative by HRSD as part of the 16 Days of Activism against Gender-Based Violence Campaign 2020. Tonga National Centre for Women and Children (TNCWC) is supported by the HRSD’s Pacific People Advancing Change (PPAC) Project. 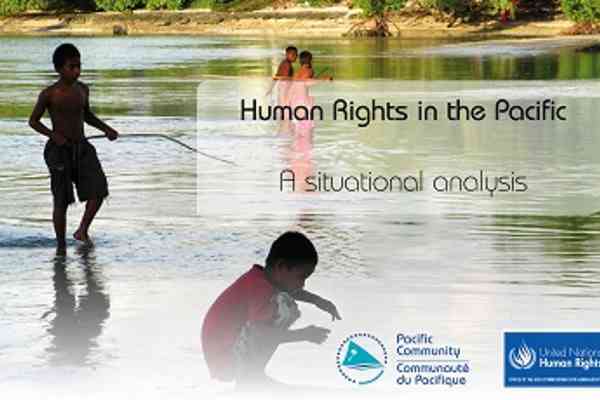