Inspiring Gender Equality projects launched on eve of International Women’s Day, but “still so much work left to be done”

The Pacific Community (SPC) held a series of events in Suva to mark International Women’s Day and the 25th Anniversary of the Pacific Platform for Action and Gender Equality and Women’s Human Rights (PPA), and took the opportunity to officially launch three new projects on gender equality.

The new projects include: Progressing Gender Equality in the Pacific (PGEP II); Women supporting Women For Sustainable Development in the Pacific (WSW4SDP); and Build Prosperity for Women Producers, Processors and Women Owned Businesses through Organic Agricultural Value Chains (BWBP). These are crosscutting initiatives, led by the Social Development Programme (SDP), the Geosciences, Energy and Maritime Division (GEM) and the Land Resources Division (LRD).

The theme for 2019’s International Women’s Day, ‘think equal, build smart and innovate for change’, was stressed by Minister Vuniwaqa as a theme for the upcoming 63rd session of the status of women and as a foundation for progress on the PPA. “The theme serves to remind governments, regional organizations and non-state actors to look at social protection systems, access to public services and sustainable infrastructure in the context of gender equality and empowerment of women”.

Dr Aumua reflected on the long history and unique position of SPC as a technical and scientific organisation leading the effort to mainstream gendered perspectives into divisions such as agriculture, fisheries, climate change and transport and geo-science. The SPC DDG stressed that gender mainstreaming remains a priority across the organisation and that the PPA will be key to achieving gender equality and women’s human rights. “We have a moral obligation at the regional level to coordinate our development efforts, and champion gender equality across the Pacific. The new gender equality projects we are launching today demonstrate the commitment we are all making towards the vision of the PPA.”

Highlighting changes over the last 25 years, Shamima Ali, Coordinator of the Fiji Women’s Crisis Centre noted many positive developments, including how efforts to ending violence against women and increased reporting and awareness. However, Ms Ali noted the region still has a lot of challenges to overcome. “Whilst we have good laws, we still have a lot of work to do in its implementation. We still lack the political will and one only needs to look at the budgets allocated for work in this area across the region. As activists we can’t afford to be complacent when our leaders make positive statements – yes we celebrate but there is still so much work to be done for women in our communities.”

These projects are part of SPC’s overall efforts to advance gender equality and the launches are an important build-up of momentum on gender issues, in advance of the 14th Triennial Conference of Pacific Women and 7th Meeting of the Pacific Ministers for Women, which will be hosted by French Polynesia and is tentatively scheduled for October 2020.

About Us:
The Pacific Community (SPC) is the principal scientific and technical organisation in the Pacific region, proudly supporting development since 1947. 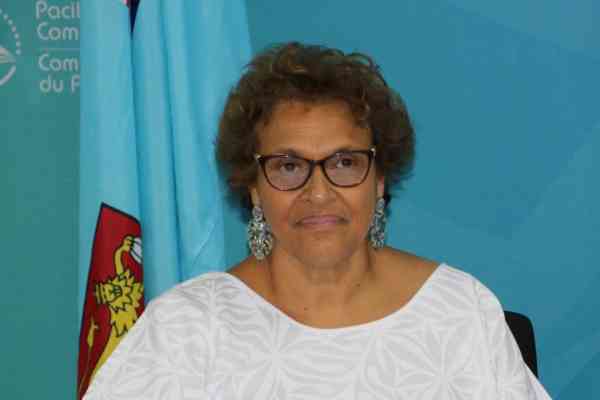 Dr A. Aumua: Opening Remarks for 25th Anniversary of the Pacific Platform for Action on Gender Equality and Women's Human Rights