The following is a cross post from PACNEWS. It is cross-posted with permission. The original article can can be found HERE.

SUVA, 10 JULY 2019 (PACNEWS) --- The Pacific is a global leader in determining shared maritime boundaries – resolving 73 percent of cases of shared boundaries between States, some as far back as 1973.

Since 2010, 15 treaties have been successfully signed, according to Malakai Vakatauwale, the Pacific Community’s Maritime Boundaries Regional Advisor.

“By the end of this year, more treaties would have been signed in this decade than in any other previous decades. This shows that there is significant progress in the Pacific region with regards to maritime boundaries, Vakatauwale told PACNEWS.

He attributed the success to a sustained and inclusive regional approach coordinated by the Pacific Community (SPC).

“SPC co-ordinates the technical and legal activities that lead to the Treaties and draw on a consortium of partners that include regional organisations like the Pacific Islands Forum Secretariat (PIFS), Pacific Islands Forum Fisheries Agency (FFA), Australian Government, Geoscience Australia, European Union and Sweden amongst others.

“In February this year, we convened our 18th Pacific Islands Regional Maritime Boundaries Working Session in Sydney. This is where we call all the member states, all our consortium partners including our experts and have a one to one session with our member states and ask them what technical and legal assistance they need from us and the consortium partners. These sessions have created greater understanding amongst State Parties and resulted in amicable resolution and Treaties being signed, said Vakatauwale.

Of the 48 shared boundaries in the Pacific – 35 have now been successfully negotiated and Treaties signed, while the remaining 13 treaty lines are at various levels of legal and technical discussions and negotiations.

“We provide technical and legal advice to all the 14 countries and it depends on the level of priority of each Member States to drive this and have their boundaries gazetted before finally depositing them with the UN Secretary General.

Citing an example of the kind of support that SPC provides members – Vakatauwale said mid this month SPC is providing work attachment for a Samoan technical official to assist with maritime boundary treaty negotiations with Tokelau.

“Our assistance will be to help the official map out what we call the treaty line or the equidistant line for Samoa, before the two countries sit down and negotiate and eventually sign the shared boundaries treaty, said Vakatauwale.

He said critical to the resolution of shared boundaries is identifying the correct baseline point for each country.

“It’s urgent that countries correctly identify their base points or baselines to generate their zones – which are the 12 nautical miles (territorial sea limit), 24 nautical mile (contiguous zone) and the 200 nautical miles (Exclusive Economic Zone) – and have them gazetted and legalised at country level and deposited to the United Nations Department of Ocean Affairs and the Law of the Sea (UNDOALOS).

Vakatauwale said, “This issue is more important for the Pacific region as the impact of climate change may mean our maritime boundaries are under threat.  If climate change causes any of the points we measure our boundaries from to disappear we don’t know what that means for our region so we are now doing work to understand the technical and legal concerns this may cause.”

Tonga’s other outstanding shared boundaries up for negotiations are with its neighbours, Niue (NZ), Samoa and American Samoa (United States).

Samoa is in various stages of its shared boundaries negotiations with American Samoa (United States), Tonga, Tokelau (NZ) and Wallis and Futuna (France).

In the north Pacific, the two outstanding negotiations are between Palau with Indonesia and Phillipines and Marshall Islands with the United States on Wake Island.

The Australian Government, as part of its renewed Step-Up focus in the Pacific – has committed an additional funding of $3.5 million to the Pacific Community (SPC) to address the risks to maritime boundaries from sea-level rise and climate change related impacts. A dedicated Pacific maritime boundaries section has also been set up at Australian Government Office of the Pacific in Canberra to assist Pacific nations secure their rights and entitlements from maritime zones. 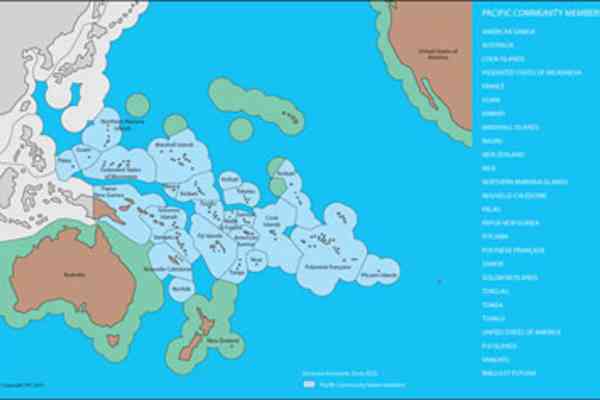