Ocean acidification: a tide of challenges for Pacific Islanders

Over the past few decades, the ocean has slowed down the rate of climate change by absorbing nearly 30% of anthropogenic carbon dioxide emissions. It regulates climate and temperature, provides food security, and supports the livelihoods of Pacific Island Countries and Territories (PICTs), where most people rely on marine resource to feed their families and make a living. However: climate change and ocean acidification (OA) are already affecting marine ecosystems and coastal populations, threatening the ability of the ocean to sustain thesetraditional livelihoods.

According to Secretariat of the Pacific Regional Environment Programme (SPREP), the pH of the tropical Pacific Ocean has decreased by 30% (0.11 pH units) since the early 19th century, now decreasing by ~0.02 units per decade. A further decline of 0.3 units (150% drop) is expected by the end of this century. Thus, the decrease seen over the last >200 years could now occur every 20 to 50 years.

This trend will directly impact livelihoods , as well as local coastal environments. Since PICTs have reef-dependent communities - vulnerable to declines in reef conditions, demersal and invertebrate fisheries, and aquaculture – decision-makers and local communities must understand how OA is directly affecting food security and coastal protection.

A loss of fisheries productivity would threaten national economies highly dependent on fisheries resources, particularly Pacific islands. Fish are a cornerstone of food security for the people of the Pacific – fish provide 50–90% of animal protein in the diet of coastal communities across a broad spectrum of Pacific islands, and national fish consumption per person in many Pacific islands is more than 3–4 times the global average.

The main issues resulting from OA include loss of biodiversity and significant losses in fisheries and mariculture production (farming marine life for food). Marine life (including calcifying plankton and algae, shellfish) will find it more challenging to build their skeletons and shells with decreasing seawater concentration of carbonate ions. This will lead to a reduction in growth for many of these species and ecosystems and jeopardise the ocean's role as a nutrition provider.

A study from SPREP that looked at OA effects on yellowfin tuna found that larvae reared at decreasing pH levels showed increasing organ damage in the kidney, liver, pancreas, eye and muscle, which correlated with reduced growth and survival.

Rising ocean temperatures and OA directly influence coastal risks as both phenomena threaten coral reefs. Indeed, the warming of ocean waters exerts an intense pressure on corals when the critical temperature (~ 30°C) is exceeded for several weeks: corals then expel the symbiotic algae – which remove and use the coral’s waste products (CO2, nitrogen) for growth and photosynthesis, and bleach,  which usually leads to the coral’s death. Since corals provide sand for beaches – ensuring the limitation of coastal erosion, and absorb up to 97% of wave energy, their disappearance would increase coastal damage tenfold.

In the Pacific region, almost 50% of coral reefs are currently considered threatened, with about 20% rated as “highly” or “highly threatened” according to the Intergovernmental Panel on Climate Change. In the Marshall Islands, bleaching of unprecedented severity is suspected of having hit most of the country's 34 atolls and islands in 2014. In French Polynesia, more than 50 per cent of coral reefs around Tahiti and Moorea have been bleached.

OA is also a contributing factor to harmful algal blooms (HABs) that affect the coastlines and people who live near them. HABs are natural phenomena caused by the massive growth of phytoplankton that may contain highly toxic chemicals causing illness and even death to both aquatic organisms and humans.

Each year, toxic algal blooms are responsible for thousands of poisonings worldwide due to the consumption of contaminated seafood and the inhalation of airborne toxins. In the Pacific, unprecedented large-scale HABs were reported in coastal waters off the south-eastern coast of Hokkaido, Japan, in mid-to-late September 2021.

Climate change-driven OA is rapidly changing Pacific ecosystems and poses a significant threat to marine life. However, the challenge remains to gain political buy-in from Pacific leaders to promote ocean conservation and, by extension, the preservation of human health.

In this context, the Pacific Community is committed to maintaining the political momentum around ocean sustainability and consolidating PICTs' commitment to building a healthy ocean. Through the Pacific Community Centre for Ocean Science (PCCOS), SPC aims to help Pacific Island governments and communities easily access the ocean science and expertise they need to make informed decisions to protect and sustainably manage ocean resources. PCCOS is also co-hosting the Pacific Islands Ocean Acidification Centre with the University of South Pacific (USP). 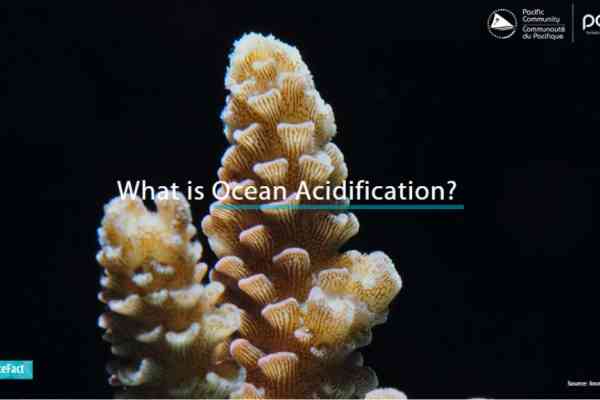 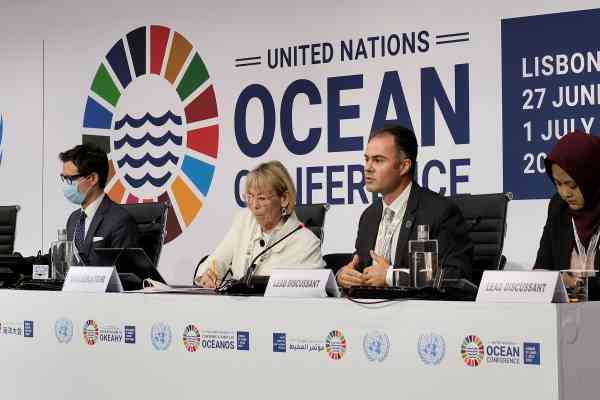 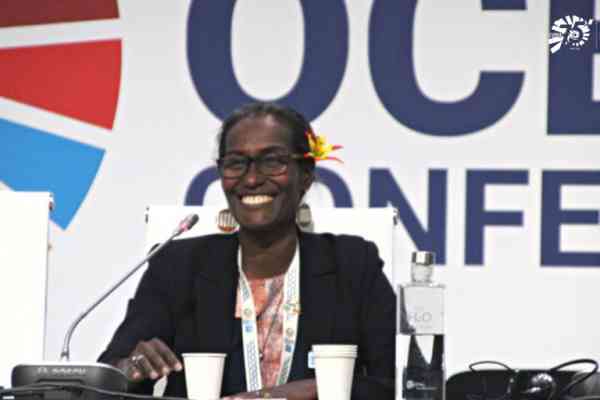 Ocean Acidification Week: Coral reefs are facing bleaching due to warmer seas and damage from pollution 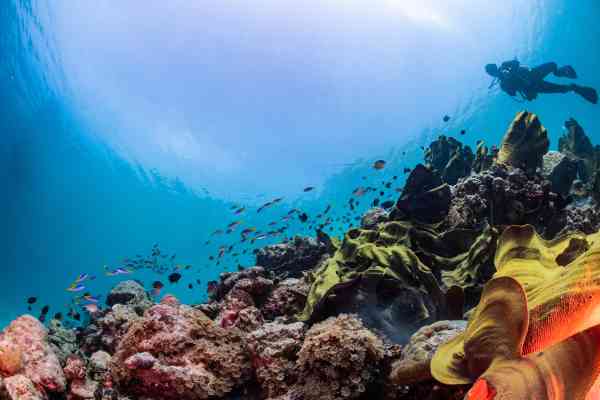 Ocean Acidification Week: The ocean has become 30% more acidic over the last 250 years